Just a Minute ……. With Lewis Freeman from Dunn’s Bakery

Hello Lewis. How long have you and your family had your business in Crouch End?
Although my family have been baking since 1820 and I’m a six-generation baker, it was only in 1947 that my family moved to Crouch End and ran Dunn’s bakery. My great-grandfather had a baking business in Enfield but instead of going into that business, my grandfather came to Crouch End so here we are!

Is it true you’ve taken over from your dad and if so, how are you getting on?
Yes it’s true! It’s been fine really. I’ve been around the business my whole life so it feels quite natural. I started working here when I was 12 years old. We have much the same staff as before so it really has been a fairly smooth transition.

What are the best things about owning your own business?
The pride is undoubtedly the best thing about it. We have heritage, a good reputation, fantastic staff and loyal customers so the best thing is looking at it and thinking that’s on my shoulders and I definitely feel that sense of pride.

What don’t you like about it?
The fact that you can’t switch off, ever, ever, ever! You go on holiday and there’s a bakery and you think, oh we could do that or they’re doing that better so we should do it that way. It’s a good thing really but some days you just want to be on holiday and not think about anything to do with the business!

What are the main challenges you face as a small independent business?
The biggest challenge is keeping afloat. The margins are not big and lots of costs have increased in the last 12 months alone. For example, the cost of flour and butter, business rates, energy costs amongst others. We are fine but The High Street is having a tough time at the moment so we need to make sure we continue being fine into the future.

What’s your best selling loaf of bread? How about best selling cake?
The biggest selling loaf of bread is The Crouch End Sourdough which is very well named and behind that would be our White Sourdough and then the Small Bloomer. Fifteen years ago, it would have been the Small Bloomer that was at the top but now it’s the sourdoughs. We’ve been making sourdough loaves for the last 8 years and they’ve had a steady increase as tastes have changed! Our Tiptree Raspberry Jam Doughnuts are the top seller in our sweet line followed closely, at this time of the year by our Mince Pies!

You’re in the new Christmas Visa advert, which we’re all enjoying watching! Did your dad and staff have fun doing it? What’s it like seeing Dunn’s on TV?

It’s brilliant! It was loads of fun to film. My dad, Dwayne and Charlotte were in it and they loved it. A massive film crew came down and were here for around 7 hours all told. Watching the advert is really nice and it’s had such a good reach.

Talking of screens – what’s one of your favourite films of all time?
Hmmmm. I’m torn between Toy Story 2 and one of the Bond films – probably Skyfall. I’ll have to say both of those films are my favourites.

You can buy delicious breads, cakes, sandwiches, rolls, snacks and other treats from Dunn’s 7 days a week. They offer a wide range of baked goods and cater to different customers’ dietary requirements. Why not try their mouth-watering Christmas Cakes, Mince Pies and Luxury Christmas Puddings! 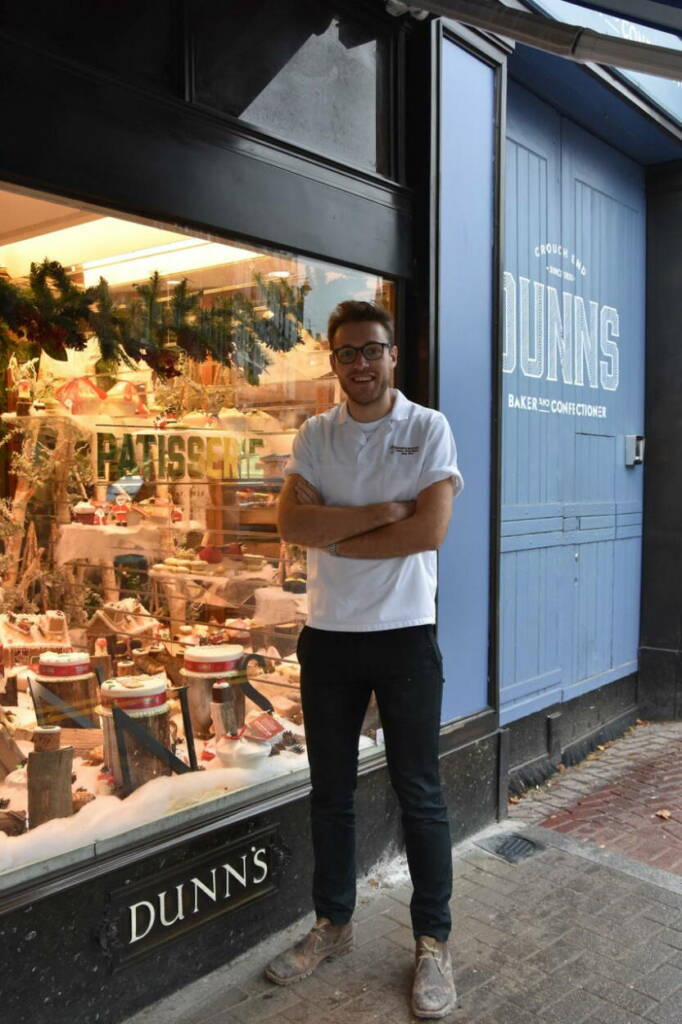 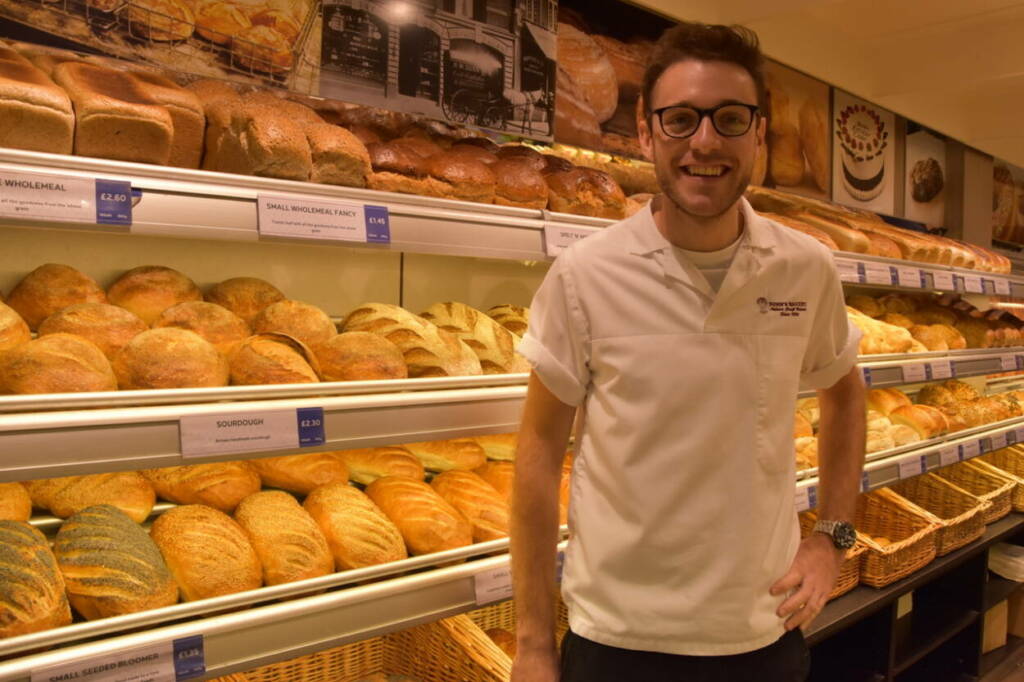