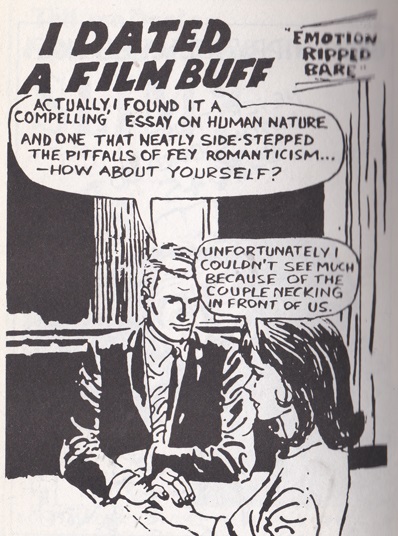 Biff cartoons are the work of local writer Mick Kidd and artist Chris Garratt. They started off as postcards, badges and T-shirts on a stall in Camden Lock Market in the early 1980s and ended up as regular strips in the Saturday Guardian for twenty years between 1985 and 2005, as well as appearing in magazines like IT, Building, History Today, BBC History, Froots music magazine, and not forgetting Alexander McQueen fabrics.
The seven-part series ‘100 Years of Cinema’ was created in 1995 to celebrate the centenary of the birth of the motion picture.
To see more cartoons, visit out website at www.biffonline.co.uk. For further general information about Biff, email Mick at mick.kidd@googlemail.com.