From Thursday the 17th April we will be exhibiting the work of local artist and Film director Gillies MacKinnon.

“I’ve been directing feature films and TV drama for 25 years but originally studied mural painting at Glasgow School of Art and was a freelance cartoonist before making movies. A few years ago I started to paint again and recently had a show at Konk, Ray Davies’s studio. I called it Freeze Frame, as in a film maker working in static images. When Arthouse cinema opened it was a chance to do some drawings on the theme of film making and also get some paintings on the wall. Years ago Albert Finney told me-  “You know how it is with these directors, that’s all they do.” I still make films but I never forgot his words and enjoy trying to expand in different directions.”

You can see Gillies’ work in the corridor and in ‘a room with a view’. 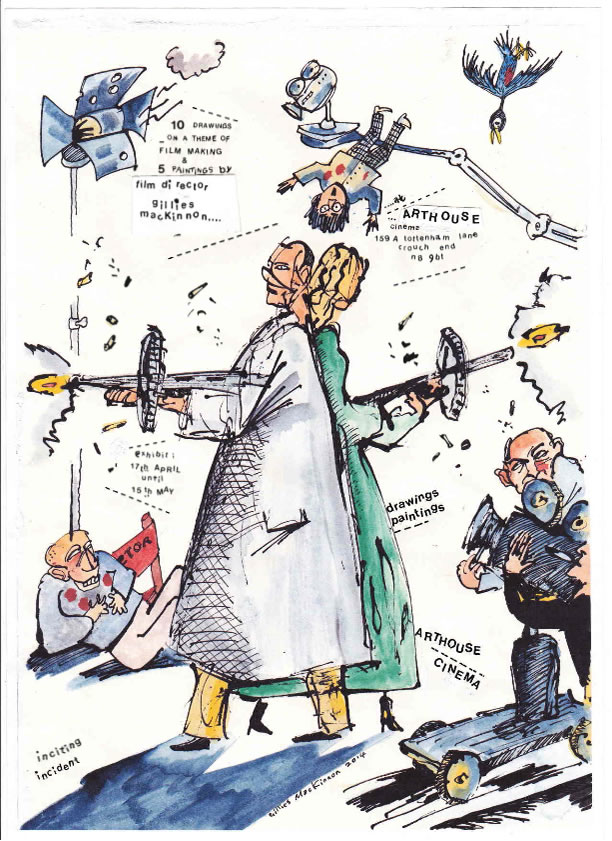