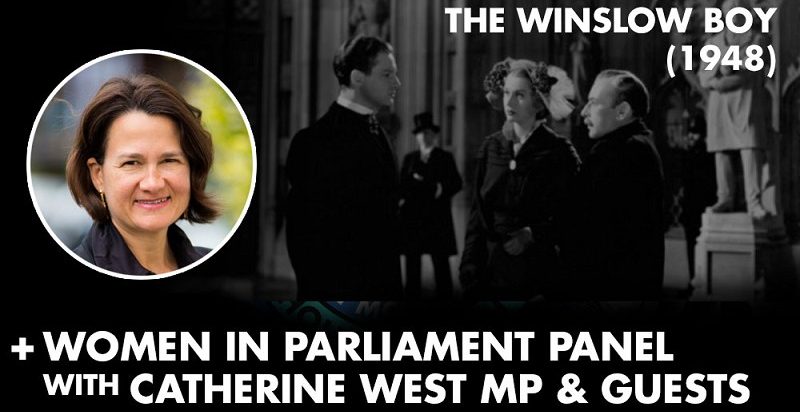 When a cadet is accused of stealing and is expelled from naval academy, his family fight to clear his name through the courts and all the way to the House of Commons.

Anthony Asquith’s gripping version of Terence Rattigan’s “feminist play” – itself based on a celebrated real-life case – stars Cedric Hardwicke as the boy’s father and Margaret Leighton as his Suffragist sister Kate Winslow. Robert Donat plays top lawyer Sir Robert Morton, employed to fight for “right to be done” – but who also happens to be an MP strongly opposed to women’s suffrage.

Following the screening, there will be a panel discussion of the issues raised in the film and the role of women in Parliament: past, present and future. We are delighted to welcome Catherine West, MP for Hornsey and Wood Green, Dr Mari Takayanagi, Parliamentary archivist and Co-Curator of the Vote 100 Exhibition Project at the Houses of Parliament, and Frances Scott, founder and director of 50:50 Parliament, which campaigns cross-party for gender-equal representation.

Get your tickets HERE!