Just a minute… With Juliette Banner from Banners

Hi! Juliette. How long have you had your business and why in Crouch End?

We opened in 1992 so we’ve been here for 27 years! I came to London when I was a student and after spending the first year in halls, I started looking around where to live and went to Turnpike Lane. I was 18 or 19. I worked in a lot of restaurants and after a few years I realised I wanted to have my own restaurant. It really was a journey of exploring where to have it, but narrowed down to North London and then to Crouch End so it became here or nowhere!

Where did the idea for the business come from?

Blimey, I should have thought about this shouldn’t I? Well, the idea of Banners was a melting pot of different experiences and things that I tried or wanted to try when I travelled to different countries. It was important to me that it was done in a robust, no frills form – I’m not a fan of the back of the spoon smear! I was always really adamant that there was no fusion going on so although we were really international with our dishes, it was integral that each dish had to be honest to its country.

What are the best things about owning your own business?

Freedom – definitely the freedom! It’s the freedom to be able to express what I want to do here. I make the decisions but they’re not always right so that’s the problem of having the freedom sometimes. You don’t always make the right decisions because there isn’t someone telling you that’s not a good idea. On a personal level, I think it’s being in control of your own destiny, being responsible of what’s happening in your life around you. I would find it really hard to go and do something now each day and be told what to do and what time to arrive. I like working really hard and I totally immerse myself in the business but when I want to shut off, I pretty much can do and on my own terms.

There isn’t a day when I don’t enjoy coming to work but it is all challenging. Whether you’re having to learn how to do the plumbing or learn how to use the latest software on the computer, my mind is bursting all the time with new things and it’s trying to make it all happen – that’s a huge challenge.

What are the main challenges you face as a small independent business?

From a business point of view, it’s our strongest selling point being a small independent so I actually see that as quite positive. We might charge a little bit more then a chain restaurant but you’re getting value for money because you’re getting the experience of coming here. I don’t feel threatened by the chains. We offer something that they can’t ever offer. We offer that personality, that attention to detail that you don’t get in the multiple sites! The staff know the customers that come through the door and that makes a huge difference. The only real challenge I can think of is you end up being every department. It would be great to ring up the HR department or the financial department and say can you deal with this but it’s me and the fantastic staff that work here!

I have to have three for the food and they’re fairly evenly split. So the Jerk Chicken, Burgers and the Fry Ups – the meat one just beating the veggie! This selection sort of defines Banners, which I like.  So you have the Jerk Chicken, which is completely representative of us being international and also I’m quite proud that when we opened nobody had heard of Jerk chicken and now jerk sauce is on the supermarket shelves.  The Burger is our down to earth food (beef and jerk chicken) & shows we’re not pompous here and the Fry Ups represent something that you couldn’t really do when we first opened. You could have breakfast anytime of the day and still can but a lot of places weren’t open all day and if they were then breakfast was served in the morning only.  We steam rolled the boundaries at the beginning and we thought let’s not make rules! For the drinks, the Margarita will never be beaten. It hangs in there ahead of all the other cocktails!

What’s one of your favourite films of all time and why?

These are two films I saw ages ago, years ago but still hold the memory of them of how brilliant they were. The first is Once by an Irish director (John Carney) and it’s a simple film with fantastic music. It’s about a couple who are musicians and fall in love. It’s the most beautiful pared back, simple film. The other film is a Swedish film called My Life as a Dog. I saw it in 1993 at The Phoenix Cinema and loved it! I need to watch it again!

Banners is a lively restaurant attracting families and locals, serving a wide range of international dishes. They are famous for their Jerk Chicken, Meat and Veggie Fry ups and their jugs of cocktails. They also have a very good Vegetarian and Vegan menu. Portion sizes are BIG so turn up hungry! 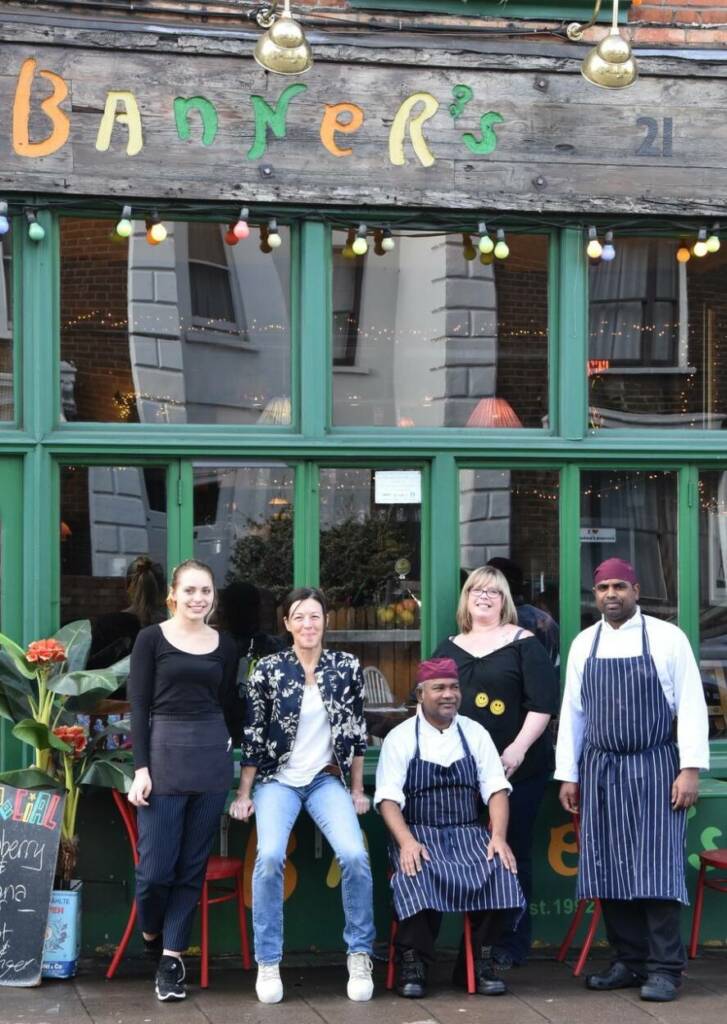 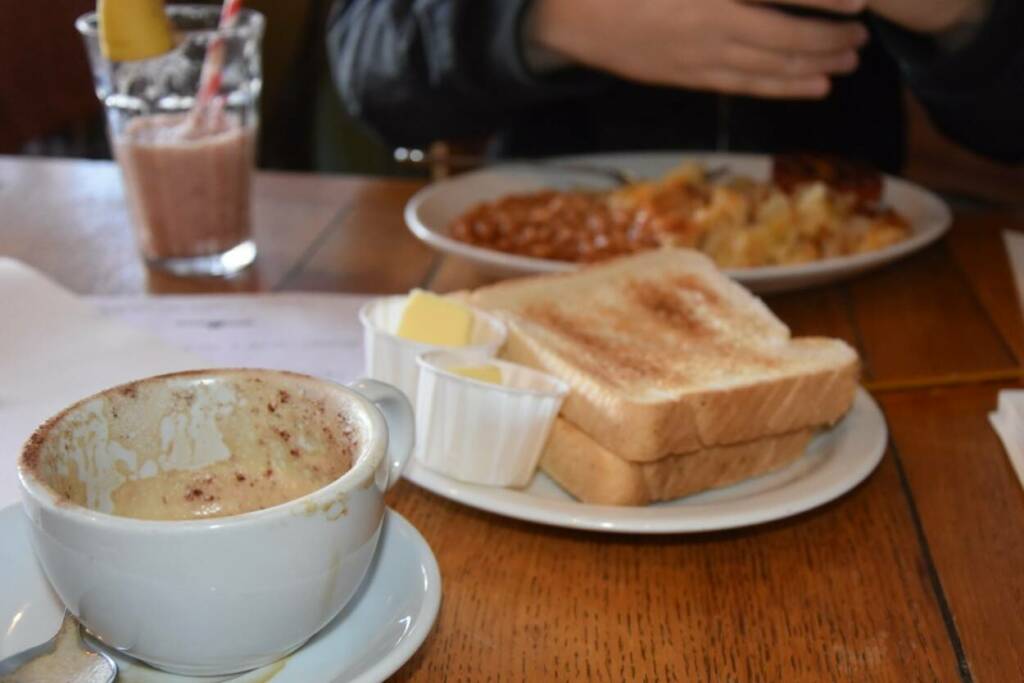 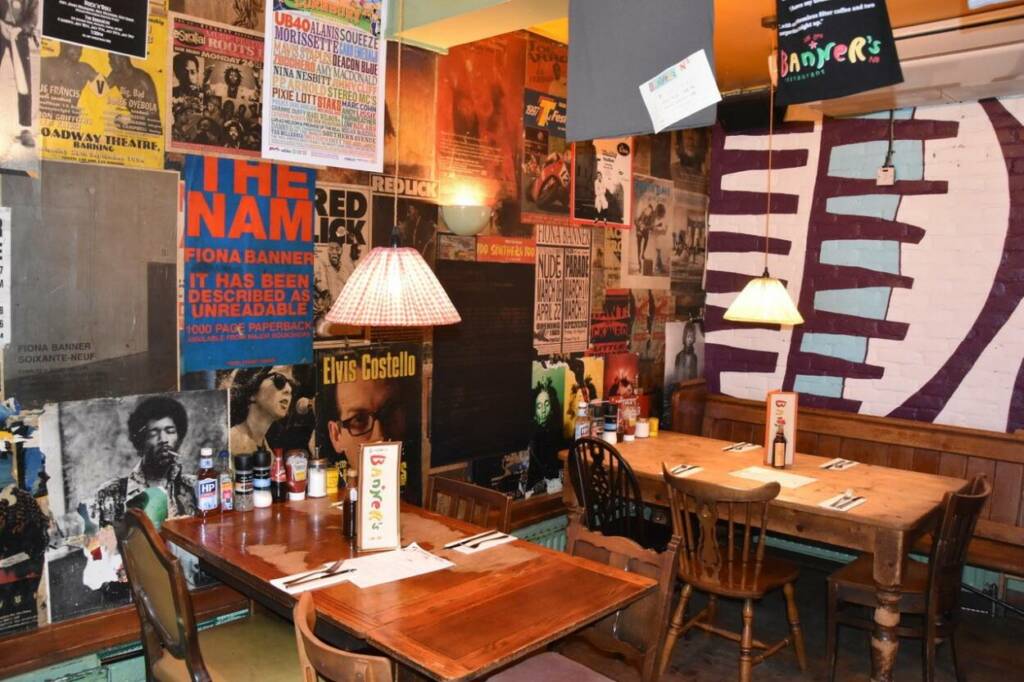