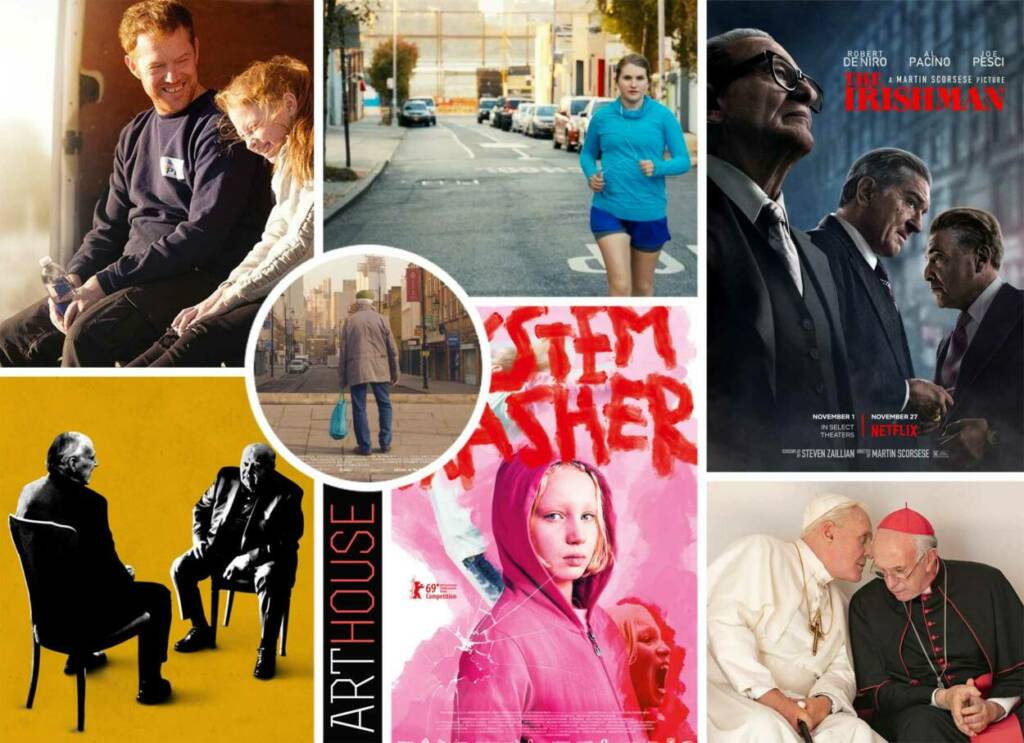 Sorry We Missed You – 1st November

From director Ken Loach, writer Paul Laverty and the award-winning team behind I, DANIEL BLAKE, comes SORRY WE MISSED YOU – a powerful exploration of the contemporary world of work, the gig economy and the challenges faced by one family trying to hold it all together.

Hilarious, outgoing and always up for a good time, New Yorker Brittany Forgler is everybody’s best friend ― except maybe her own. At 27, her hard-partying ways, chronic underemployment and toxic relationships are catching up with her, but when she stops by a new doctor’s office to try to score some Adderall, she gets slapped with a prescription she never wanted: Get healthy.

Who killed Jimmy Hoffa? A labour leader and the infamous head of the Teamsters union, whose connections with organised crime were wide ranging, his career ended with a conviction for jury tampering, attempted bribery and fraud, but he was pardoned by President Nixon in 1971. Not long after, he disappeared. Declared legally dead in 1982, various theories have circulated as to what happened to him.

Divorce is described in Noah Baumbach’s masterful Marriage Story as like a death without a body. Something has been lost. There is grieving, anger, denial.

Award-winning director Damon Gameau embarks on a journey to explore what the future would look like by the year 2040 if we simply embraced the best solutions already available to us to improve our planet and shifted them into the mainstream.

THE REPORT is a riveting thriller based on actual events. Idealistic staffer Daniel J. Jones (Adam Driver) is tasked by his boss Senator Dianne Feinstein (Annette Bening) to lead an investigation of the CIA’s Detention and Interrogation Program, which was created in the aftermath of 9/11.

An intimate story of one of the most dramatic transitions of power in the last 2,000 years.

Frustrated with the direction of the church, Cardinal Bergoglio (Jonathan Pryce) requests permission to retire in 2012 from Pope Benedict (Anthony Hopkins). Instead, facing scandal and self-doubt, the introspective Pope Benedict summons his harshest critic and future successor to Rome to reveal a secret that would shake the foundations of the Catholic Church.

As the glinting steel and mirror-glass skyscrapers of London’s financial hub edge ever closer, the area surrounding Hoxton Street has been transformed by ‘luxury’ redevelopments and sky-high property prices. This traditional East London street, less than a mile from the City of London, has become the last bastion of the areas disadvantaged – a concentration of the aged, poor and dispossessed.

Following its inhabitants over a four-year period, Zed Nelson’s debut feature-length documentary charts the toxic collision of gentrification, austerity and the nation’s slide into Brexit.

The Dirty War on the NHS – 29th November

THE DIRTY WAR ON THE NHS is the new documentary from renowned BAFTA and Emmy-winning film-maker and journalist John Pilger. “This film is a tribute to a unique institution,” says Pilger at the start of Dirty War, which is about threatened democracy. Above all, it is a warning. Pilger investigates the dismantling “by stealth” of the National Health Service, “a last bastion of true public service”.